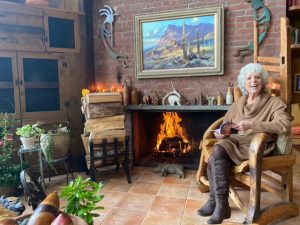 Cold were the nights as they crept out of the cemeteries

in broken words, in shattered promises, in soulless echoes.

With rings with no fingers, voices without throats, footsteps

with no feet, they arose in unison. Black capes, red eyes, for

the world to call them names where one's minds refused

Fair was the moon when they first broke her heart. Out to the

harbors where no voices echoed, she screamed in blacks. To

the sinner and the sinned, whose pen decided her fate to

shatter? For once, the twilight never welcomed the changing

faces. For once, the veil never lifted beyond the mask of

Faint were the chimes that called her name in twelves. A shattered

mirrorball, a lonely cardigan and an empty fireplace. The rust on

the birthday knife shined darker in the quaintness of the night.

And out to the winds did the dandelions fly. Catching fireflies,

hoping to light the path to her lonely cascade....

A woman of many shades. A man of no wits. A house with no

heart. But the glistening from the leather belt caught her eyes

from miles apart. Tell me a story. Talk to me about your darkest

dreams. And the girl kept humming the old wives' tale.

The old mystical lighthouse. The one that felt like home to her.

The one whose railings knew her each birthday. For the day

that the twelfth chime echoed, was the day that she felt free.

For the day that her blood stained her bathroom tiles, was the

day she felt the steps to hell...

And out to the cemeteries, she walked. To every human face

that found her eyes saw her vacant gaze. The day she

shuddered at the thought of her "home", to the day she laid

in blossoms. "O Mother! My Mother! For now I am free and

you be bound to me forever". "For now you light my candles

Thank you so much, Dreamer, for sending me your poem "The Silent Night."  It is certainly dark and very dramatic and you have some lovely visual images that run throughout the poem.  Lines like:

"Cold were the nights as they crept out of the cemeteries

in broken words, in shattered promises, in soulless echoes."

the birthday knife shined darker in the quaintness of the night. (this should be "shone' not "shined")

And out to the winds did the dandelions fly. Catching fireflies,

hoping to light the path to her lonely cascade...."

If I were to suggest something to you, it would be - less is more in poetry - in other words, if you can say something in fewer words, using imagery (metaphor and simile) you are creating a poem that takes the reader to the destination you have in mind, more effectively.  If prose is an open hand, then poetry is a closed fist - it's tight and it speaks eloquently in as few words as possible. One other thing - let the poem flow freely by limiting or, eliminating, punctuation.  Many contemporary poets have decided to use line breaks and spaces, instead of punctuation.  I do, in many of my poems. Having said all that, I would also say, your poem is filled with fine moments and sets the mood beautifully - dark and sad and lonely.  I would truly like to see it again, if you are interested in doing some editing.  And again, thank you so much for sharing your poetry with me.  Your friend in poetry, Susan